Inclusionary housing programs generally rely on a local government’s power to regulate land use. While the right of government to use its zoning power in this way has been established and upheld for generations, this is still a rapidly evolving area of law. Recent federal court decisions have limited zoning power in ways that don’t prohibit most inclusionary housing programs but can influence how they are designed.

State and federal courts have repeatedly upheld inclusionary housing measures, which have been adopted by hundreds of jurisdictions across the country. While some state laws have substantially limited the options available to local policymakers, in any jurisdiction there is almost always a path to an effective, legally defensible inclusionary policy.

Policymakers interested in adopting inclusionary housing policies must work closely with legal counsel to design a program that anticipates potential challenges under federal or state law. 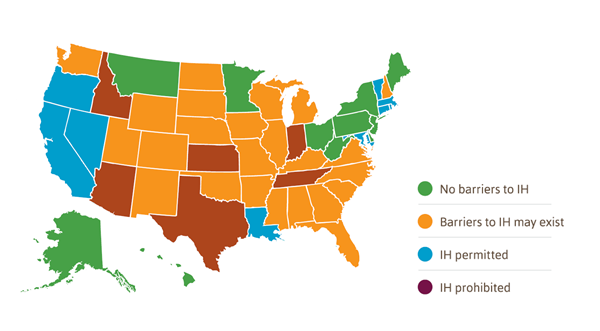 What can jurisdictions do if their state does not allow rental inclusionary zoning?

There are a number of options for states that do not allow cities to use rental inclusionary zoning. This situation usually arises because the legislature or a court has decided that inclusionary zoning is a form of rent control.

In some states—including Arizona, Colorado, Idaho, Indiana, Kansas, Texas, Tennessee, and Wisconsin—local governments are prohibited from adopting at least some form of mandatory inclusionary housing (for ownership housing, rental housing, or both). In some cases, the court has determined that the state statute limiting local rent control preempts mandatory local inclusionary housing requirements for rental housing. Many states—including Alabama, Arkansas, Georgia, Illinois, Iowa, Kentucky, Michigan, Mississippi, Missouri, and New Mexico, North Carolina, South Carolina, North Dakota, South Dakota, Oklahoma, Texas, Utah, and Washington—also have state statutes prohibiting local rent control but there has not been litigation regarding whether that statute preempts inclusionary housing requirements for rental housing. The specifics are different in all states so it is important to check with local attorneys, but there are a number of strategies that other jurisdictions have used so new rental housing development will contribute to affordable housing.

Before this can be done, a nexus study must be conducted.

Impact fees work well in areas with high home prices because the nexus study shows a strong connection. Cities with lower housing costs will only be able to legally justify a more modest impact fee level.

Some cities have set the impact fee as the default requirement and allowed developers to choose to provide rental units as an alternative. Because the default option is paying the fee and developers are choosing to provide the units, it may be more likely to withstand a legal challenge. When implementing the impact fee, it is a good practice to offer developers flexibility as well as incentives to participate. This will both make development more likely to happen and also reduce the likelihood of a successful court challenge.

In some states, it is possible to require affordable units when developers voluntarily enter into Development Agreements – generally as a result of receiving some specific public benefits.

Partnering with Housing Authorities or Nonprofits

States generally allow housing authorities, local governments, or nonprofits to operate affordable rental developments, even where rent control is forbidden. It may be possible to partner with these groups to ensure that all development contributes to affordable housing.

Boulder, Colorado requires that new rental developments provide affordable rental units on site or offsite, but the homes are owned by the local housing authority or similar agency so they are exempt from the state prohibition. The City of Boulder purchases the unit from the developer at an affordable price, and then sells or gives it to the Housing Authority or similar agency. Rental developments also have the option of providing a cash payment or dedicating land to the city. 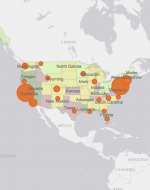 Grounded Solutions Network’s Inclusionary Housing Database Map is an interactive tool that includes data from two surveys: 1) a national census of local inclusionary housing programs that was conducted in 2016 by Grounded Solutions Network and was updated thereafter, and 2) a national survey of state-level legislation and judicial decisions that are related to the adoption of local inclusionary housing programs. Learn More 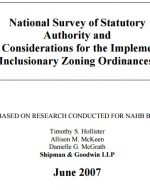