Over 100,000—  Affordable units produced by a subset of 258 inclusionary housing programs across the nation.*

$1.76 billion— fees collected by a subset of 123 inclusionary housing programs across the nation for affordable housing purposes. *

426— Average affordable units produced by a subset of 258 inclusionary housing programs across the nation. *

The way you design your program can make a difference in how many units it produces. The most productive programs share certain features:  they are mandatory, offer incentives, allow developers flexibility with multiple options for compliance, and require long-term affordability.

Inclusionary housing can be an important source of units over time. Brown* found that inclusionary housing accounted for half of Montgomery County’s affordable housing production, and Mukhija and colleagues* found that inclusionary programs in Southern California were producing about as many units annually as the Low Income Housing Tax Credit (LIHTC)program – the country’s largest housing subsidy program – was creating.

How does a feasibility study help establish an appropriate inclusionary policy?

Will property owners pass the cost on to tenants/homebuyers?

No: Rents and home prices are set by a market. When a city imposes inclusionary housing requirements, it may increase a developer’s costs. But developers can’t really pass those costs onto home buyers or tenants because new units must still be competitively priced in the overall market. Instead, over time, land prices will fall to absorb the cost of the inclusionary housing requirements. Any incentives offered by a community would reduce the degree of land price reductions. Both theoretical and empirical economic research supports the conclusion that in the short term the costs associated with affordable housing requirements are born by developers and in the longer run they are passed on to land owners.

Can inclusionary housing produce enough units to solve the problem?

Probably Not: Inclusionary housing is only ever one among several tools that cities deploy to address the dire need for more affordable housing and the full set of policies is not enough to meet the full need in most cities. But that is no reason not to do all that we can. Denver City Council member Robin Kniech says “no one ever says we shouldn’t pave the roads just because we can’t fill every pothole.”

The way you design your program can make a difference in how many units it produces. While the average production rate across all programs is 27 units per year, excluding programs that have produced zero units, average production rate for the country’s top 20 programs is 235 units per year—almost 10 times greater (Wang and Balachandran, 2021). The most productive programs share certain features: they are mandatory, offer incentives, allow developers flexibility with multiple options for compliance, and require long-term affordability. 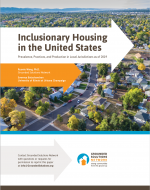 How prevalent are inclusionary housing programs in the United States? What are the program design patterns? And what is the scale of production for these programs? Building on our earlier work, Grounded Solutions Network embarked on a large-scale data collection effort between 2018 and 2019 to study inclusionary housing programs in local jurisdictions. The study yielded this report.
Read the Report 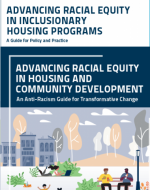 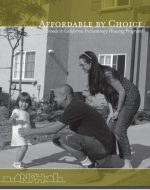 This report examines inclusionary policies all over the state of California and looks at their effectiveness, what kinds of homes were produced, who lived in these homes, and the overall impact on the city or county. View Report 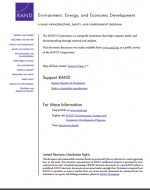