Most cities offer developers a menu of alternative ways to satisfy their affordable housing requirements. The most common alternative is to pay a fee in lieu of on-site production. In lieu-fees are generally paid into a housing trust fund and used (often along with other local funding sources) to finance affordable housing developed off site.

However, these fees are sometimes seen as offering a ‘loophole’ that allows developers to avoid building units on site. Many communities have set fees well below the cost of on-site units. When they do this, most projects elect to pay the fee. For this reason, some cities simply don’t offer an in-lieu fee, while others intentionally set the fee at a level that is intended to discourage the use of the fee option.

Note that in-lieu fees are sometimes confused with linkage or impact fees but they are different.  When a developer is required to build units onsite but allowed to pay a fee as an alternative the fee is called an ‘in-lieu fee.’  When a program is structured to require fees instead of requiring onsite units, the fee is called an ‘impact fee’ or ‘linkage fee.’  Read more about linkage fees here.

Over time, a city’s preference for fees relative to on-site units may evolve based on changes in the market or other factors. Somerville created its inclusionary program at a time when local nonprofit developers did not have the capacity to build large quantities of affordable housing. Consequently, the city set its fees very high. According to the city’s inclusionary administrator, “It was a very punitive formula aimed at discouraging developers from taking this option.”

As the nonprofit development community matured and built capacity, the city decided that it preferred receiving trust fund revenue and lowered its fees. By changing its program approach in response to changing local conditions, Somerville was likely able to produce more units than would have been generated by either approach applied consistently.

Grounded Solutions Network (formerly Cornerstone Partnership) studied Seattle’s Incentive Zoning program and found that $27 million of in-lieu fees enabled Seattle to finance 616 affordable housing units that would not have been built without the inclusionary funds.

This local money enabled the city to bring in $97 million in federal and state funds that otherwise were unlikely to be invested in Seattle. Furthermore, their analysis found that Seattle invested the fees primarily in projects located downtown and in other higher-cost central neighborhoods—the same neighborhoods where the projects paying the fees were located.*

Other cities may have a hard time matching Seattle’s outcomes. Seattle has relatively high-capacity both within their office of housing and among their network of nonprofits, without which lower rates of leverage would be expected. Even in Seattle, over time, limited land in central locations is likely to make it increasingly difficult to continue relying exclusively on fees to achieve meaningful economic integration. 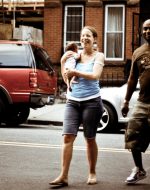 While the opportunity cost of providing units on-site (i.e. what the developer gives up by selling or renting for less than market value) is higher for higher priced units, the in-lieu fee is likely to be the same for all projects. Continue reading 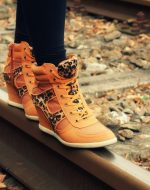 Jurisdictions use multiple formulas to set fee levels. A key factor that often shapes those decisions is whether a jurisdiction wants to encourage on-site performance or collect the revenue to leverage other sources of funding to build affordable units off site. Continue reading 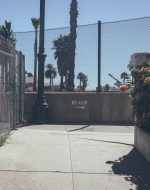 Many cities have written these fees as specific dollar amounts in their ordinances. Over time, if a fee is not adjusted for inflation, it can’t keep up with the rising cost of providing affordable housing. Continue reading

Under the right circumstances, off-site production with in-lieu fees or linkage fees can result in more affordable homes than on-site production. However, increased production is not automatic.

Effective use of fees relies a number of key resources, which are not necessarily available in every community. These include:

Even when all these elements are present, successful off-site strategies require careful attention to unit locations in order to achieve some level of economic integration or fair housing outcomes.

Yes: Inclusionary program administrators often value the flexibility that in-lieu fees or linkage fees can offer. Fee revenue can be used to produce units that are outside the operating parameters of the inclusionary housing program, such as lower AMI units, special needs housing, homeless housing, or transitional housing. This can be invaluable to the community especially if other funding sources are limited.

Should all developers pay the same in-lieu fee?

When considering in-lieu fees, it is important to decide if a city wants to always allow developers the option to pay the fee or restrict its use to some developers. Some cities allow an in-lieu fee by right, while others require developers to demonstrate either some net benefit to the city, or a substantial hardship.

Generally, whatever method cities use to arrive at a fee level, they should apply that single fee level to all projects of the same type. Many cities will have different fee levels for rental and ownership projects. Some cities adjust their in-lieu fees based on the size of the development. These cities typically offer a lower fee for smaller projects. Cities often do this because they want to simplify the management of their program by discouraging a pattern where market rate buildings have only one or two affordable units. Also, the economics of smaller developments may be more marginal and a lower in-lieu fee could help make them feasible.