Income targets should be based on a clear analysis of local needs and consider both supply and demand for housing at different price points.

Inclusionary housing programs tend to serve low- and moderate-income households (those that earn between 60 and 120 percent of the local median income). Because many cities face more acute housing needs among families earning less than 60 percent of AMI, it is often observed that inclusionary housing programs are not generally targeting the population with the greatest need for assistance.

Some communities with housing programs that serve multiples income groups have designed their inclusionary housing programs to target households that are ineligible for other programs. In other communities, this income targeting seems to result from the fact that requiring affordable inclusionary units would impose a greater economic burden on developers. Many communities have chosen to design their programs to generate at least some units affordable to very low- and extremely low-income residents (earning less than 50 or 30 percent of median income). 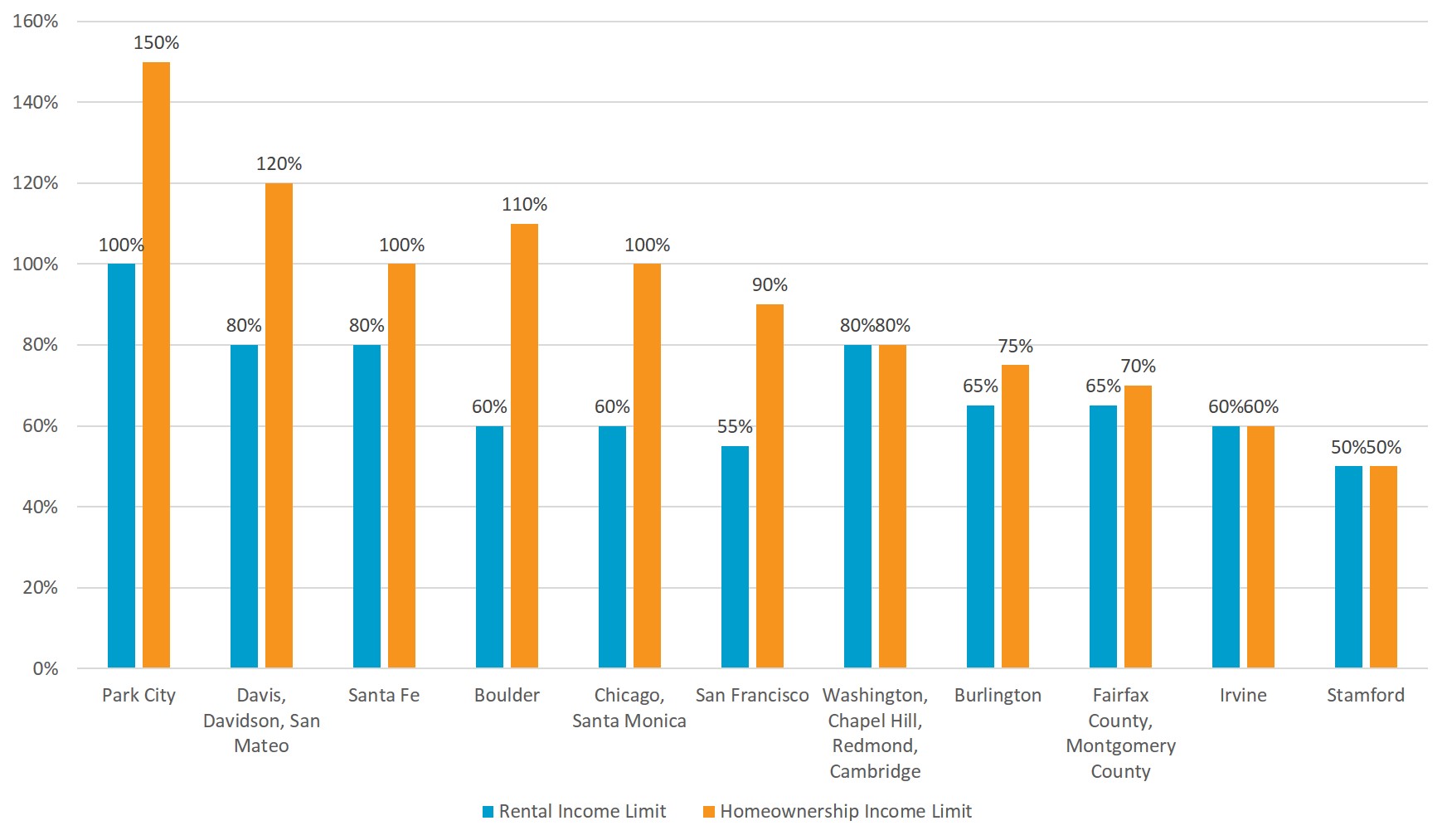 Based on this analysis, the county’s Affordable Housing Working Group recommended targeting their inclusionary program to serve households earning 60 percent of median income or less.

Cities that want to create units for lower-income residents have a number of options. Continue reading 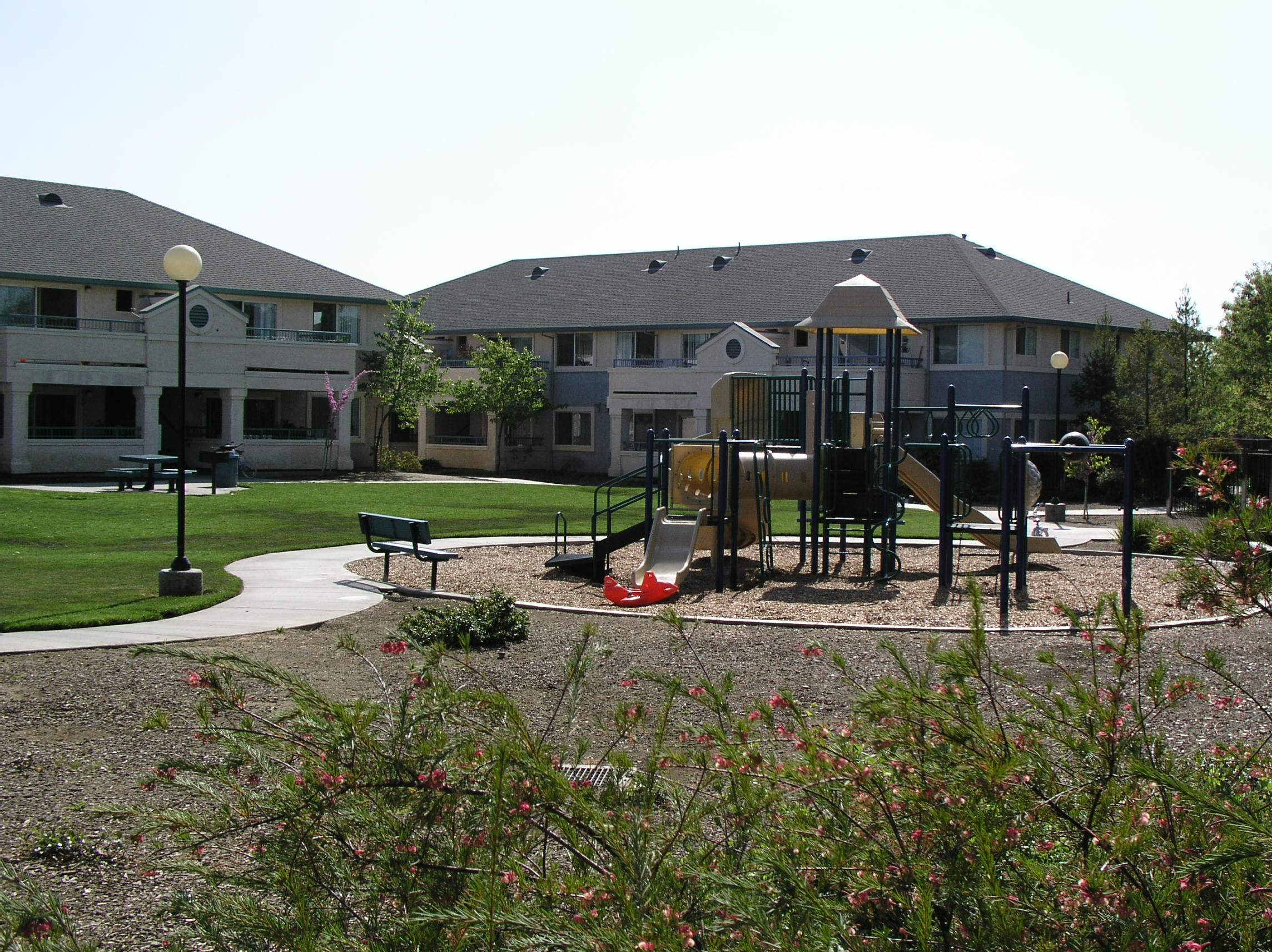 Why do cities have different income targets for homeownership units versus rental units? 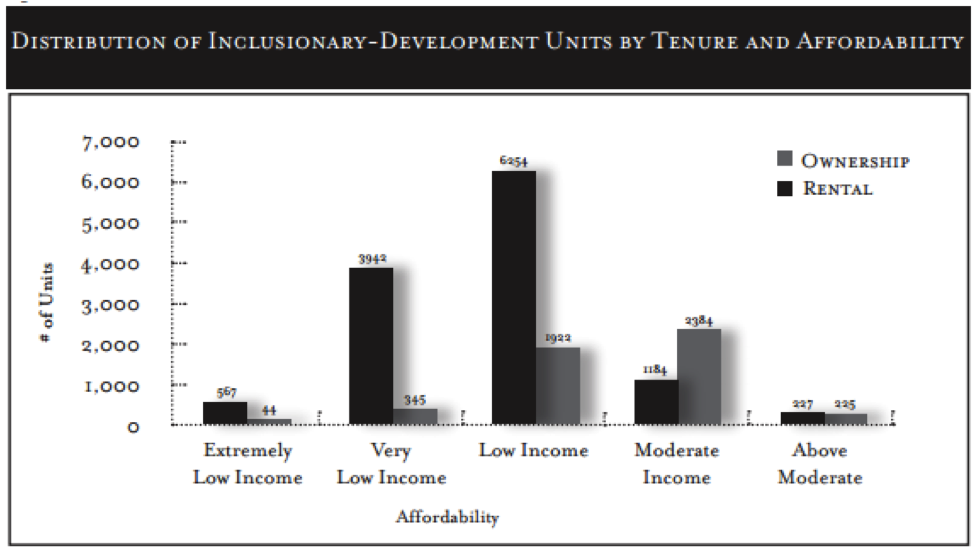 This policy is often dictated by market prices. For example, a household earning 80 percent of AMI may be able to afford the rental price for a median priced one-bedroom apartment, but cannot comfortably afford to buy a home. Pricing ownership units at 80 or even 120 percent of AMI meets this need. However, inclusionary rental apartments with their price set to be affordable for a household earning 100% of median income would often be the same price, or even more expensive, than regular apartments for rent in the area, so they aren’t necessarily serving a critical housing need

How do we ensure that the required affordable rents are below market rate for smaller units?

It is not uncommon for cities to have a problem where their smaller units rent for close to market rate. This is largely the result of the unrealistic assumptions set forth in the federal income guidelines, which determine affordability levels. For example based on 2013 federal guidelines for Seattle, Washington, an affordable studio (at 80 percent AMI) could rent for up to $1,127, while a two-bedroom apartment could rent for $1,450. There is relatively little difference in price for very different apartments.

How can we make sure that our city’s inclusionary housing policy produces ownership units?

Why is long-term affordability so important?

Some of the most compelling arguments for the need to ensure permanent affordability have come from analyses of federally-subsidized rental units (e.g. Project Based Rental Assistance).

According to an analysis by the National Low Income Housing Coalition (NLIHC), nearly half a million of the nation’s 1.4 million federally assisted rental units are at risk of leaving the affordable stock because of “owners opting out of the program, maturation of the assisted mortgages, or failure of the property under HUD’s standards.”  NLIHC advocates for the need to preserve these existing units, pointing to research that indicates that it cost 40 percent less to preserve an existing affordable unit than to build a new one.

Should we allow ownership units to be used for affordable rental housing?

While this is not common practice, several jurisdictions have programs that allow for or even encourage local housing authorities or nonprofits to purchase some inclusionary units.

For example, in Montgomery County, Maryland the public housing authority, called the Housing Opportunities Commission (HOC), has the option to purchase up to one third of all inclusionary units. The agency can offer approved nonprofits a 21-day period to opt to purchase any new units before they are offered to homeowners.  The HOC has purchased more than 1,500 units in 188 subdivisions (out of more than 10,000 inclusionary units produced in the county) using a range of housing programs, including Section 8, Low Income Housing Tax Credits, and state rental funds. As a result of this partnership, Montgomery County has generally served a much higher share of low- and very low-income residents relative to other inclusionary housing programs across the country.