Most communities offer significant incentives to developers to offset the cost of providing affordable housing units. The most common incentive is the ability to build increased density. Other common incentives include parking or design waivers, zoning variances, tax abatements, fee waivers, and expedited permitting. While a small number of communities seek to offer incentives to fully offset the cost of providing affordable units, incentives are seen as a way to reduce but not eliminate the economic impact on development in most programs. These incentives are sometimes criticized as “giveaways” to developers. Calavita and Mallach* point out that incentives generally come at a real cost to the public sector. If inclusionary housing requirements are modest enough to be absorbed by land prices, then any incentives merely move the cost from landowners back onto the public. Incentives such as tax abatements and fee waivers reduce revenues available to jurisdictions just as cash subsidies to development projects would. Even planning incentives such as density bonuses, which appear free, result in increased infrastructure and other public costs. 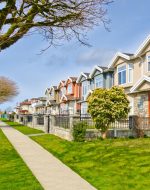 The density bonus is the most common form of incentive used by inclusionary housing programs. Developers are allowed to build more housing units on a site if some of the units are set aside for affordable housing.  Continue reading 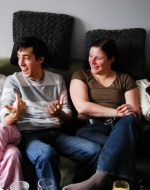 Expedited processing moves projects with an affordable component to the front of the line in zoning, planning, and building permit processing. Continue reading 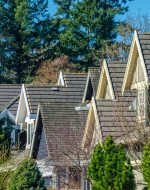 Many communities offer partial or full waivers of planning, permitting, or impact fees to projects that include affordable units. Continue reading 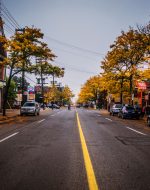 Some programs allow projects with affordable units to build fewer parking spaces than would otherwise be required under local zoning rules. Continue reading

Property taxes are one of the more significant annual expenses associated with housing. Some communities offer a partial abatement or complete waiver of property taxes to owners of projects with affordable housing. Continue reading

There are a variety of market responses to inclusionary housing policies. In some cases, developers must reduce their profits in the short term. Under some special circumstances—such as in highly desirable and fast-growing housing markets—housing prices may increase. In most cases, however, land values will drop in the long term and developer profits will return to normal.

In theory, an overly burdensome inclusionary housing program could push land prices so low that property owners choose not to sell and development slows. While there is no evidence of this occurring to a significant degree under a real program example, this risk may nonetheless exist. As a result, cities may want to avoid this outcome by offering developers incentives to offset their costs.

However, incentives don’t come without their own costs. The most useful and sought after one, a density bonus, can nullify the legitimacy of area plans with considerable public input for example. Reductions in open space or parking requirements can reduce make projects less acceptable to neighborhoods reducing support for the program

Why do a feasibility study?

When considering whether to adopt or revise an inclusionary housing policy, local government agencies often retain an economic consultant to prepare a feasibility study. This study evaluates the economic tradeoffs of requiring a certain percentage of affordable units in new residential or mixed-use projects.

Feasibility studies help policymakers assure that new policies and programs are economically sound and will not deter development, while still delivering the types of new affordable units needed by the local community.

Feasibility studies are different than nexus studies, which are a similar type of analysis often used by local jurisdictions to establish residential or commercial linkage fees to fund housing programs. A feasibility study determines how a new inclusionary policy would affect market-rate housing development costs and profits. A nexus study quantifies the new demand for affordable housing that is generated by new commercial or market-rate housing development.

What goes into a feasibility study?

While every study differs based on the needs and market conditions of the specific area, in general they follow a similar outline: